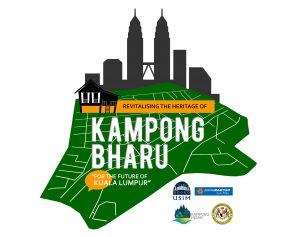 Village is among the best examples of applying Mizan‘s concept of having physical characteristics that are considered to be still in a balanced environment between development and the environment. However, the area around Kampong Bharu surrounded by modern surroundings should be preserved by traditional village features to avoid the flow of modernization and globalization.

Kampong Bharu is currently in the process of being developed by the government to offset the development and progress of the surrounding area. Skyscrapers will be erected to transform the lives of the people here to a more modern life. It will directly drown the traditions of the Malay village tradition. This is a loss to the Malay treasures because Kampong Bharu is only a Malay village living in the heart of Kuala Lumpur City.

It not only maintains the values of Malay villages, Malay culture, practices and rituals, Malay community institutions, Malay art and Malay tradition designs. In fact, with the understanding of Kampung Mizan concept it will give space for designers to design and shape the development of Kampong Bharu in the right perspective. In order to explore the phenomenon further, a study entitled “The Contest of Values and Physical of Kampung in Manifesting Community Lifestyle – A Case Study of Kampong Bharu, Kuala Lumpur” has been conducted by USIM researchers. Below is the summary of the research: